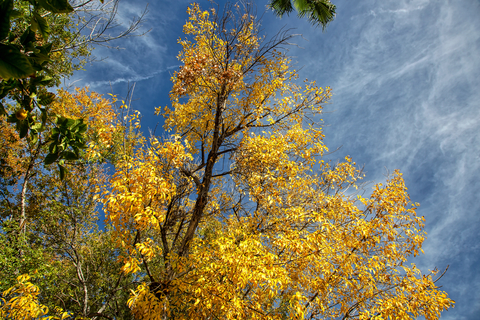 Our local real estate market typically cools off going into fall, much more than our weather does. And while we are seeing some numbers starting to change slightly like autumn leaves, there's no strong indication that we will see a significant drop anytime soon.

The average number of days a listing spent on the market in Maricopa County increased again slightly, from 26.05 days in July to 27.2 days in August. According to The Cromford Report, 53% of sales closed in Maricopa County during August sold for over the listing price, down from 57% of July sales. One could argue that rising list prices account for more sales selling at and not over those prices, but a slight drop in sales price per square foot – from $260.60 per square foot in July versus $258.61 in August – makes a slightly different point.

August 2021 saw 416 MLS listing sales closed in Glendale and 343 closed in Peoria. Today there are 261 active and available listings (not counting properties already under contract or pending close of escrow) in MLS in Glendale and 218 active listings in Peoria. That is 63% of one month's inventory in Glendale, up from 59% last month, and 64% of one month's inventory in Peoria, up from 56%. But while we see a little higher numbers in Peoria and Glendale, the overall Maricopa County inventory is 75% of August's closed sales, up only from 73% in July.

According to ShowingTime, the platform REALTORS use to schedule most of the MLS showings, showings of Peoria listings in the $200,000-$399,999 range had an average of 13.9 showings per listing, while homes in Glendale in the $200,000-$399,999 range had an average number of 15.6 showings per listing. That's still quite a bit of Buyer activity and not all showings are scheduled through ShowingTime, so actual numbers are typically higher.

The method of financing a Buyer uses can affect how competitive their offers are, how much they will end up paying for a home or if they can get an offer accepted on a qualifying property at all. According to MLS statistics, 74% of Maricopa County Buyers financed their home purchase in August, while the rest paid cash. Buyers using a Conventional mortgage paid a minimum of $220,000 in Maricopa County, $250,000 in Glendale, and $265,000 in Peoria. Buyers with these loans are more readily accepted by Sellers, as they have fewer restrictions. Because

The remaining financed transactions used other financing methods. For the week ending August 29, 2021, only ­­­­3% of Maricopa County Sellers contributed to their Buyer's closing costs.